At last week’s BAG Seminar and Evening Reception the BAG Chair Jason Fowler had the pleasure to present the BAG Lifetime Contribution Award 2021 to Phil Wilbraham.

We have awarded the BAG Lifetime Contribution Award on two previous occasions – to Peter Budd from Arup and to dear departed Alan Lamond from Pascall & Watson– two huge contributors from within our membership. This award recognizes a significant and sustained contribution to the Aviation Sector and I believe importantly reflects the high regard that the recipients are held by the whole community.

Tonight we mark the contribution of someone who has been a consultant and for a large number of us in the room a client and friend in aviation for many years.

Phil Wilbraham read Engineering at University of Exeter and progressed into consultancy where he became Director of Civil Engineering with TPS Consult. I first met Phil in his role at TPS Consult on site for the refurbishment of the Terminal 1 Forecourt at Heathrow and know that he also worked at other UK Airports including Gatwick & Stansted and indeed overseas.

Phil joined BAA in 2003 and went on to support and lead a number of world class programmes including Terminal 5, Terminal 2, the Q6 Portfolio and Heathrow Expansion.

The built legacy that Phil created for Heathrow will stand for a long time into the future. He has also been active across industry championing importantly, Health & Safety – where he has been a key player in the impressive record that Heathrow has in this regard and also a number of key initiatives such as Project 13 with the ICE. These interests were on top of his other roles including of course his involvement with Lord’s cricket ground – a place it seems fair to say that competed with the airport for his affections.

Above all else, when I have spoken to people about Phil, his professionalism and personal care for people has been very clear. He is someone who always has time for people and mentored a large number of the team at Heathrow over the years nurturing careers, resolving issues and, no doubt, cultivating a broader appreciation of fine wine.

Phil, BAG are delighted to award you this industry recognition of your contribution to aviation and very much hope that you will stay a friend to our community for many years to come. 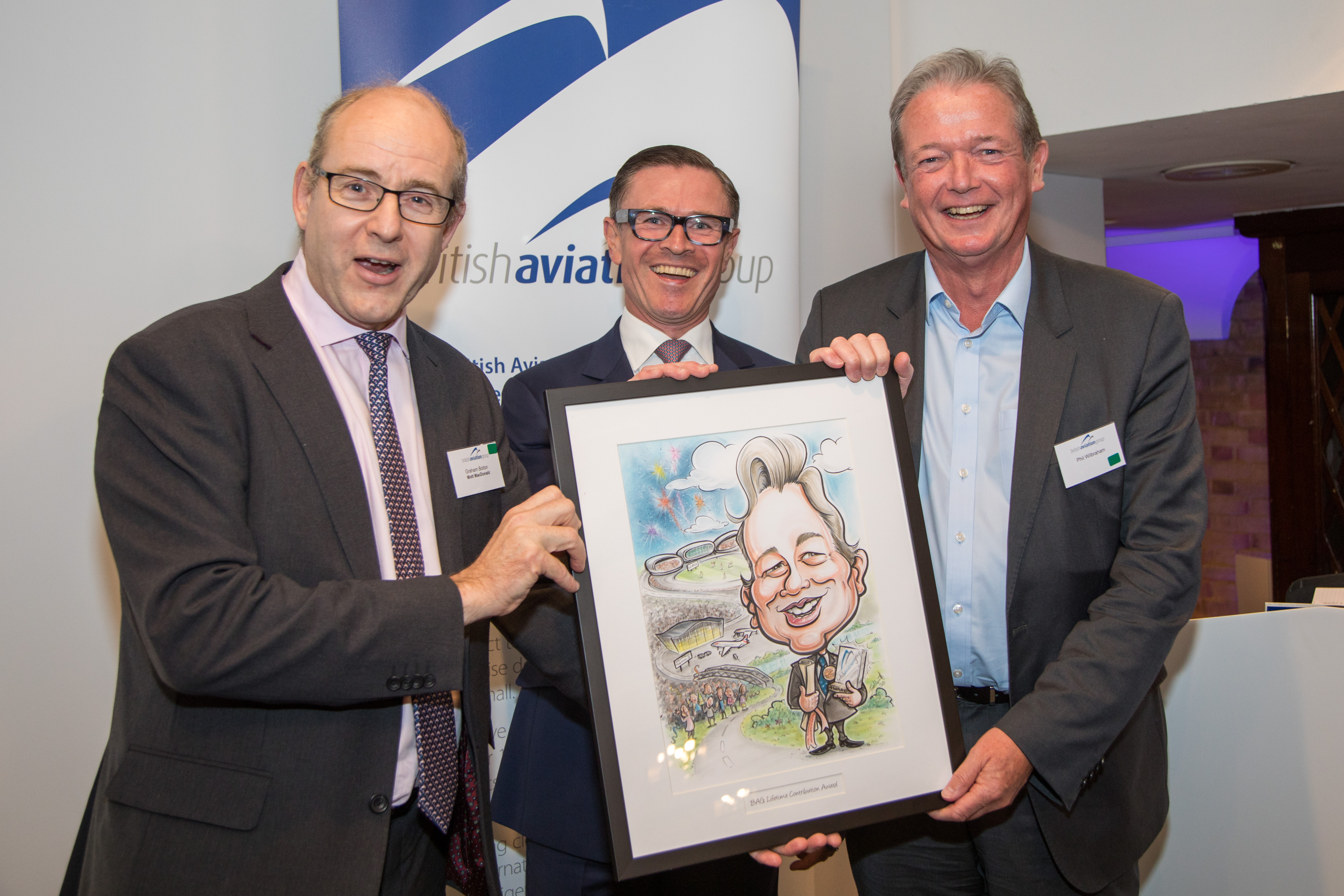